This is a copy of the letter I’m sending to the school to de-register T:

After careful consideration I have decided to withdraw T from school in order to take personal responsibility for his education.

Please delete his name from the register in accordance with Education (Pupil Registration) Regulation 8(1)(d) 2006, as he is now receiving education otherwise than at school. Please will you confirm receipt of this letter and inform me of the date that T’s name was removed from the register.
I would like to take this opportunity to thank you and T’s teachers for his learning up to now and would like to stress that this decision is not based on any negativity toward the school but solely because I believe that T will flourish more in a one to one learning environment with a broader access to other learning activities.

It still doesn’t seem quite real, and I still feeling daunted by the whole thing. I must remember the reason that I am doing this, and that reason is because I believe that T’s life will be enriched by the freedom that comes with Home Educating.

I started looking into home educating in 2017 after realising that my then 7-year-old son T wasn’t happy in school. He began refusing to go (but was still going), and on a few occasions, he came out of school upset and crying. Overall he was becoming less confident, and talking about himself negatively saying such things as ‘I’m rubbish at everything”, “My writing is so bad”, “No one likes me” etc He was also continuously questioning me asking WHY he had to go to school in the first place and what was the point of it…(a question that I couldn’t answer!) Like any parent I wanted to get to the bottom of the problem and to try and help him to have a good schooling experience. I spoke positively about his school, discussing ways in which he could feel better about it, and techniques that he could use to avoid isolation at playtime (this was a major problem for him), but none of this helped. I identified that his dislike wasn’t due to any bullying (him bullying or him being bullied) and spoke with his teacher who advised that she was shocked that he was so unhappy as she had no concerns about him and that he was getting on OK academically…

Like the majority of children,  T is a very curious child that questions everything. This curiosity was completely nurtured in EYS, however, once he hit KS1, this curiosity was being rapidly dismissed, which was damaging his self-esteem. He was upset about no longer being able to play in the classroom, having to be silent and not feeling comfortable speaking up / asking questions. I believe that his only saving grace confidence wise has been taking part in out of school activities, such as swimming, music, art and cubs, enabling him to refill his cup after being completely emptied at school.

After a year of educating myself about home educating and a lot of deliberating (Can I do this? Is it the right thing for him? Will I damage him? Will I have time to work?) – I have decided that this is the best route for him. I can no longer sit back knowing that he is going to school every day having his curious young spirit chipped away bit by bit for the sake of reaching KS2 Maths and Literacy targets. I don’t want him to lose his love of learning (which is already waning) just because the traditional school learning environment is not right for him and for him to know and believe that he can do anything that he puts his mind to.

It’s a big change and is somewhat daunting but I’m confident that in the long run, it will be worth it. I’m sending a de-registration letter to the school this week and as I’m writing this the nerves are kicking in… 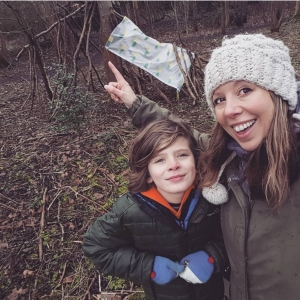 Sucking at Squash and Letting Go of Expectations…

Click here to view Teo Blocks Gaming!
Back to top